The hysteric Bertha Pappenheim, who was treated at Breuer and who appeared in his studies as Anna O. has developed a complete catalogue of hysterical symptoms related to her father’s incurable disease. Anna O. became a Breuer patient in 1880 at the age of twenty-one. She showed two personalities, normal and infantile, falling into a trance during the transition. She once told Breuer in detail how a symptom appeared to her, and how that very symptom disappeared after simply talking about it. Together, they developed a special technique that she called “the talking cure,” a talking therapy, and “chimney sweeping,” cleaning the chimney. With this performance, the artist was inspired by the above-mentioned historical moment and decided to appropriate the same method of talking cure and chimney sweeping by implementing the narrative of domestic violence treated in the Balkans. While paraphrasing the national Serbian law and definition of what domestic violence is, Đejmi intervenes with personal anecdotes in order to illustrate the emotional impact to fill the void of a rigid bureaucratic system of state apparatus. 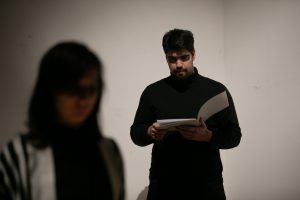 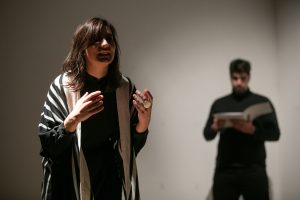 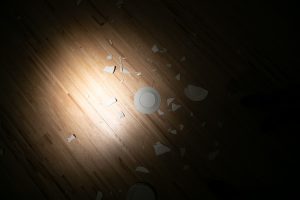 Hommage to Jadranka Cigelj, Nusreta Sivac and the rest of the women survivors of the concentration camp in Omarska, BiH.

The video asks questions about the experience of trauma and takes us into a complex field of transgenerational collective trauma caused by war violence in Bosnia and Hercegovina.  Apartment 102 does not stop at re-experiencing trauma. In the moment when questions culminate into Do you wish you didn’t survive?, the black-and-white film changes into a coloured one, the sound of whirr appears, and the artist answers the question from the beginning of the film: To stay silent or to speak? The author adopts a strong standpoint that violence is unacceptable, she empowers victims and directs her attention to the perpetrators of violence. The video thus acquires the look of a historical document helping us to see the pores through which traumatic experiences are inscribed into collective history. Meanwhile, it connects us with the implications of the past, which have become ingrained in the spirit of the age, and faces us with the ahistorical moment that opens the timeless question about the ontology of evil. ( Ana Grobler, Eva Jus, Tamara Klavžar) 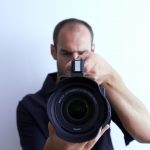 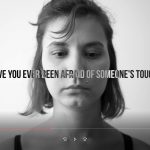 What capitalism instilled in us is the absence of solidarity and presence of conformism and apathy. We are brought up with the idea that it is not necessary to modify the system. Things that changes are the faces of politicians on TV, the names of the major streets and squares, the flags, national anthems, and monuments. People’s personalities, shaped by certain regimes they lived under, are slower to change. To be yourself, to perceive yourself as an individual in a mass society is dangerous. You might become living proof that the system is failing. War is a legacy of any repression of feeling. Every war begins as an external event but already lives inside of us. 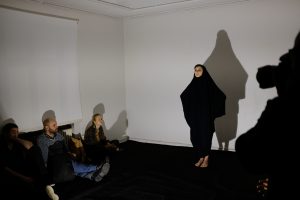 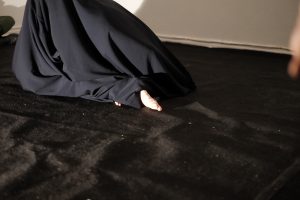 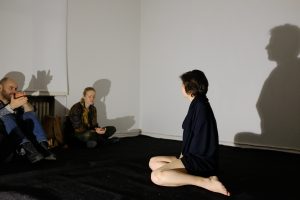 Supported and produced by KulturKontakt and Austrian Chancellery

Video performance acts as a monologue confession of a woman in her early thirties and the obstacles she is dealing with. Content deals with issues such as gender, identity, migration, and ethnicity. Autobiographical thoughts are exposed to the audience through the audio recording only, while the performer in the video is only partially visible. It gives a notion of a classical portrayal, with the mind being the main source of happening. The artist is addressing the audience the with world’s issues – which are still current – while trying to escape her inner conflict where she is asking herself if she, as an individual has done enough for the society and if that is even possible given her personal confusion. Performance is not only personal; it is sharing common threads of the everyday world and appeals to the public to identify with the performer and vice versa. 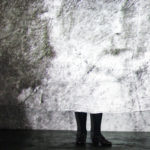 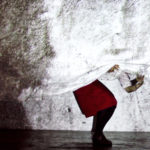 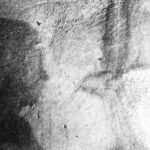 ZAHIDA IS A FEMINIST

The red thread of the project is the question of feminism in the Balkans or how it is shaped through the occidental dominant white feminism. The issue I deal with is if we can talk about emancipatory women’s practices in the Balkans, without the implications of the western category of ideological and cultural practices. If I simplify, I give voice to women who are historically completely neglected from this point of view and presented through a single prism, the prism of the patriarchy. Since the importance of their lives is pushed to the margins of anonymity and without value, I decided to do the opposite. The fact that the Balkans is described by the West and its intellectuals as patriarchal, traditional, rural, backward, mystical and scary is just one side of the story that has completely taken hold of our perception. 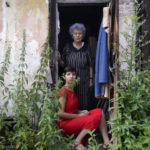 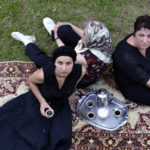 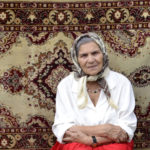 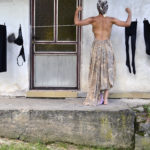 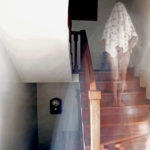 ALL ABOUT THE VEIL

Art students were asked questions while their body language was observed. The main purpose of the idea was to film an experimental interview about the object called a veil. They had to wear it in order to explain how it feels. My personal aim of this art project was to deconstruct the semantics of the veil itself and give it a new meaning. I have chosen art students because they are a specific social group, which is well known for “looking outside of the box”. It turned out, that no matter how much time we dedicate to these topics, we still show tendencies to be oblivious towards “the other”. 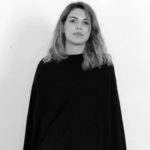 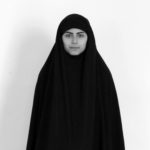 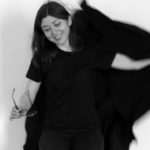 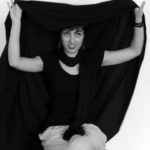 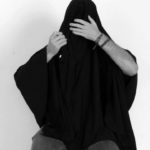 The artist in the video performance stands in a blank space in front of the wall, to which, across the projection, the text in English is written: “I am a Muslim I am a Muslim I am a Muslim …”. The statement is repeated until it fills the entire wall. The artist stands still, has a loosely wrapped scarf around her head, and smokes a cigarette. After a while, she takes her scarf off her head and starts to say “I am a Muslim” out loud. She repeats the statement with various affirmative intonations. When the text is fully written, the artist leaves the scene. With the gesture of the projected text on her body, the artist publicly proclaims her origin, which can also be accepted as an identity in the local environment as a negative mark. By making confident statements, she accepts this identity, affirms it, “crosses the border,” thereby achieves empowerment. (Vesna Bukovec, DIVA – SCCA, 2019) 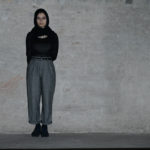 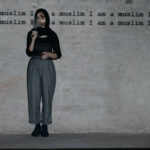 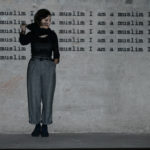 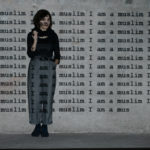 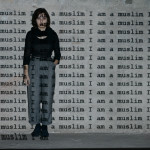 The purpose of video installation is to show both sides of the ritual of clitoral circumcision in the Western and Eastern world. There is a typical anthropocentric attitude toward foreign sociocultural manifestations in our society.  When cutting the clitoris on the Southern hemisphere we speak of a primitive process of female genital mutilation. The “developed” West talks about the medicalization of sexuality, medical intervention in the form of new technologies. Sexuality is a construct of beauty ideals, dictating the aesthetics of cosmetic surgery. On both sides, there is a presence of male domination, to which female members are subordinated. Superior countries, which are considered the peak of civilization, are drawing ideas from the primitive world. But unlike them, do so with technologically advanced equipment. Technological progress, however, does not also mean the mental development of mankind. 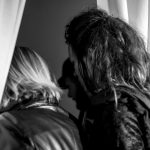 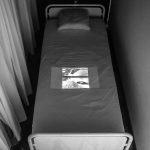 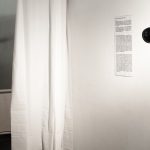